Page 84
A murderer knows that he will certainly be hanged if he is taken , tried , and found guilty but if he knew as certainly as he committed murder that he would be taken , tried , found guilty , and hanged for it , he would not commit the ...
Page 258
Mr. Lee , one of the firm of Briggs and Co. , en- gaged Mr. Buckingham , who was then at Alexandria , and who had taken an active interest in the negotiation , to convey that treaty , together with certain letters , by land to India .
Page 468
Neither is he much enamored of the moderate theory of reform , stoutly defending the borough - system , chiefly on the ground taken up by Mr. Canning . - In fact , the necessary consequence of a uniform system of elections , even when ... 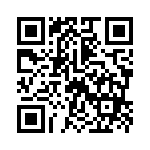