A few years back movie critic Gene Siskel asked Ms. Winfrey a question that really had her stumped. When asked "What do you know for sure?" she stumbled to find an answer. Later, she contemplated of ... Read full review

I have read this book more than 10 times and gifted it to more than 20 people. I happened to get it when life was full of unwanted work stress. Looking busy was practiced inevitably by most at work ... Read full review

Through the power of media, OPRAH WINFREY has created an unparalleled connection with people around the world. As host and supervising producer of the history-making The Oprah Winfrey Show, editorial director of O, The Oprah Magazine, and the CEO of OWN: Oprah Winfrey Network, she has entertained, enlightened, and uplifted millions of viewers for more than twenty-five years. Her accomplishments as a global media leader and philanthropist have established her as one of the most respected and admired public figures today. 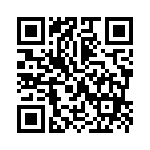