Leonhard Euler was one of the most prolific mathematicians of all time, amassing nearly 900 publications over the course of his lifetime. Born in Basel, Switzerland, Euler spent substantial amounts of time promoting mathematics at the courts of Berlin and St. Petersburg. Euler was adept at pure and applied mathematics. His textbooks on algebra and calculus became classics and for generations remained standard introductions to both subjects. He also made seminal advances in the theory of differential equations, number theory, mechanics, astronomy, hydraulics, and the calculus of variations. In 1738, Euler lost vision in one eye. In time, he became totally blind but continued to write. During his life, Euler published more than 800 books, most of them in Latin. Euler died in 1783. 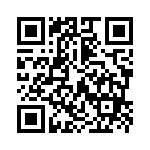