nigigeria is a great country.

Jim Haskins, the general editor of the Black Stars series, is the author of more than one hundred books for young readers. His works include African American Entrepreneurs, which is part of the Black Stars series, and Black Eagles: African Americans in Aviation; he also collaborated with Rosa Parks on her autobiography, Rosa Parks: My Story. He has received many awards, including the Coretta Scott King Award and the Washington Post Children's Book Guild Award for the body of his work. 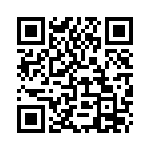