Saving capitalism from the capitalists: unleashing the power of financial markets to create walth and spread opportunity

Given the downfall of such corporate giants as Enron and Worldcom, other white-collar malfeasance, and today's bearish stock-market conditions, it may not seem like such a great time for capitalism ... Read full review

Raghuram G. Rajan is the Katherine Dusak Miller Distinguished Service Professor of Finance at the Booth School of Business at the University of Chicago. He was Governor of the Reserve Bank of India between 2013 and 2016, and is the bestselling author of I Do What I Do and Fault Lines, and the co-author of Saving Capitalism from the Capitalists. 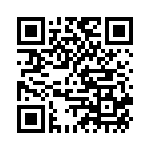