This is a well-researched book on the history of our culture of entertainment consumption that is more poignant now than when it was first published. It's too bad no one has paid much attention to the lessons of Neil Postman in the past 25 years.

I am on the search for Truth. Not in the postmodern, personal-Enlightenment sort of way, but rather in a way that will help me understand the human race with regards to creation as a whole. Recently I began a job working for a company that will introduce a new technology into the world of online video-streaming and -sharing. With this new position and having graduated college (which introduces a new spectrum of time no-longer devoted to pre-prompted papers), I have begun to ask the question:
Where are we headed as a society? Will this have positive or negative implications on our humanity? Will our humanity change? What does it mean to be human (especially with regards to culture shifts)?
This past spring I read a book titled Amusing Ourselves to Death. Because it was for a class, reading constituted more skimming than actual intellectual thought, but given my new mission I thought I would take another stab at it. I didn’t get very far.
Within the first page of the forward I came across this quote:
Orwell warns that we will be overcome by an externally imposed oppression. But in Huxley’s vision, no Big Brother is required to deprive people of their autonomy, maturity, and history. As he saw it, people will come to love their oppression, to adore the technologies that undo their capacities to think. (vii)
There is an element of truth to what Postman says, to be sure, but this book (at least this passage) reminds me of Henry Louis Gates’ book The Mouse that Roared. Both books focus on one previously-acclaimed area of culture and seek to change the minds of the audience into thinking that this area will do nothing but destroy our society. For Gates, this area is Disney, and he does nothing but highlight the conformist secrets of this media outlet. His thesis might as well be, “Quick! Run from the Mouse before it turns our nation’s children into cheese!”
What about the positives of technology? Supposedly in the next few years a solution to cancer-growth will be available. I am certain that this new advancement in science will pave the way for cures in diseases such as cancer and AIDS.
We are evolving. As a Christian, to say this puts me on shaky ground, to which I must stand firm. I believe that one of the reasons that Christians are so against evolution is because we are afraid of it. After all, there is no verse in the Bible that says “… and on the eighth day God created evolution.”
But think about it. Evolution, at its core, means “change.” We feel fine about seasons changing, because we know that the nutrients from winter’s fallen leaves will fuel the new buds of spring. We believe in the growth from child to adult because we know that this cycle of life is necessary to the advancement of our species.
I do not fear the introduction of Big Brother. The fact that we live in a democracy will prevent that. Though at times it may seem that the government is taking control, we will never see the point of oppression. (I challenge anyone who disagrees to read Charter ’08, the 2008 manifesto written by China’s Liu Xiaobo.)
I do not fear the absorption of our desires. We are at the brink into a new cultural era, one that will most certainly develop–dare I say it, evolve–as the years pass. Humanity is not a two-dimensional picture drawn with God’s robin-egg-blue Crayola. We will adapt. We will learn to understand what this dawning of a new wage will mean for us, and our part within creation. And we will emerge on the other side, I believe, better as a result.

Neil Postman (1931–2003) was chairman of the Department of Communication Arts at New York University and founder of its Media Ecology program. He wrote more than twenty books. 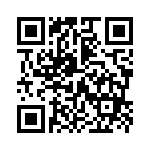