Page 1
Finally, chapter 3 introduces the concept of measurement, assessment, and
evaluation of public relations through a coordinated campaign aimed at
measuring predispositions toward behavior through attitude, belief, and value
measures.
Page 5
... more effective communications programs. a Brief history of Public relations
research The formal origins of public relations research can be traced to the
1950s.5 During that period, a company called Group Attitudes Corporation was
acquired ...
Page 36
influenced by attitudes, beliefs, and values. The problem is that all reside in our
mind, and although we can observe brain functioning through different forms of
activity, we obviously do not have a way to peer into the deep recesses of the
mind ...
Page 108
You have reached your viewing limit for this book.
Page 147
You have reached your viewing limit for this book.
Next »

Dr. David Michaelson has 30 years experience conducting research for numerous Fortune 500 companies, universities, and philanthropic organizations. Dr. Michaelson has an extensive background in communications testing, message development, measurement of communications effectiveness, and branding. He also has been head of research for Ogilvy Public Relations Worldwide and GCI Group, as well as a director of research at Burson-Marsteller. Dr. Michaelson is a research fellow of the Institute for Public Relations, 2008 recipient of the Jackson, Jackson & Wagner Behavioral Science Prize and was named the 2009 public relations measurement/research expert of the year by PR News. 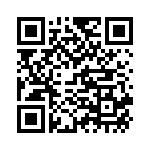